How to get rid of this?.To get rid of pest problem under control, inspection is the first and foremost step. 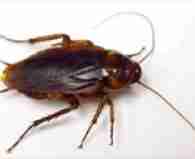 Habits: Found near food and water. Strong forager. Feeds on almost anything organic. Not a strong flier. Slow grower require upwards of a year or more to mature. Glues egg capsules to hidden surfaces.

Threat: Carry many human pathogens but little evidence they can transmit them to humans. 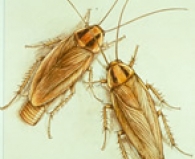 Habits: Feed on almost anything. Active at night. Live in cracks and crevices during the day. If activity seen during the day, the population is extremely high. Tend to cluster in harborages near food. Female carries egg case protruding from abdomen until it is ready to hatch. Many generations produced in a year. Not a strong flier

Habitat: Cracks and crevices near food and water. Prefer a humid environment with a temperature near 70°F.

Threat: Can carry various disease but little documentation they transmit Them to man. Produce allergens and affect humans when populations are high. 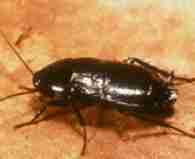 Habits: Often travels through sewer lines. Feeds on wide variety of organic matter. Mating season is in late spring which is when they are often sighted. Does well at temperatures in the 60’s. Egg cases are deposited in organic matter.

Threat: Carries many human pathogens but little evidence they transmit them to humans.

30 DAYS MONEY BACK GUARANTEEWe accept all credit and debit cards!